BE IN THE KNOW ON THE PRODUCTION PROCESS. PART 1: LASER CUTTING

BE IN THE KNOW ON THE PRODUCTION PROCESS. PART 1: LASER CUTTING

Key role in the company development plan set aside technological development program aimed at continuous improvement of quality of our products.

Nowadays we pay a lot of attention towards the modernization of production, mastering the state of the art technologies and new types of products. It allows us to ensure the sustainable use of natural resources, maintain product quality at the highest level and thereby increase customer satisfaction.

The purchase of modern high-performance equipment of high accuracy, the modernization of existing equipment allow us to more successfully  improve the quality of our products, make more efficient use of resources and significantly improve the working conditions of workers.

There are a number of important technological processes in the production of our parking equipment, the results of which give us the right to speak with confidence about the high quality of our products, these are: metal cutting, robotic welding and surface powder coating.

In this article we'll look at how the metal cutting process takes place in production of our equipment and how the choice of cutting equipment affects the quality of the product.

Start with the fact that to date, there are several types of metal cutting, the most popular of which are plasma, laser and flame cutting:

Mutrade still uses plasma processing of metal in production, but laser cutting machine is widely used in our production of more and more models to improve product quality. In order to provide our customers with the most advanced technological parking solutions of the highest quality, Mutrade has updated its metal cutting machine, replacing old equipment with a new and more modern laser machine. 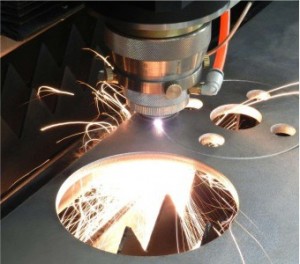 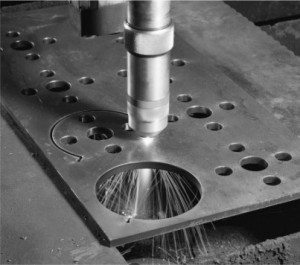 Why laser cutting is the best?

Next, let’s look more closely at the technological advantages of laser cutting.

1.     The laser is more accurate than the plasma.

The plasma arc is unstable: it constantly fluctuates, making corners and cutouts less clear. The laser cuts the metal clearly where it was directed and does not move. This is important for parts that require high quality and exact fit to the project.

3.     The likelihood of thermal deformation of the metal during laser cutting is minimal.

Plasma cutting does not have such a good indicator - the heated zone is wider and deformations are more pronounced. According to this indicator, the laser cutting again gives a better result than plasma cutting.

Here's What We Get

The ideal cut line of details

which does not require additional treatment

Minimal deformation of the cut material

The accuracy of parts

contour cutting of metal of any complexity

We use a wide range of equipment in the production process, from guillotine shears to laser cutting machines, however, it is the experience and qualifications of our employees that allow us to solve even the most complex tasks, therefore we are responsible for the quality of each manufactured part.

Founder and CEO of the company